This was Guru Purnima, a festival is traditionally celebrated by Hindus, Jains and Buddhists, to pay their respects to gurus or teachers.

Guru Purnima is celebrated on the second full moon day in the Hindu Calendar month of Ashadha (July-August).

It was sometime past 10 AM and when I took out my phone to take pictures this how the students in park disbursed. 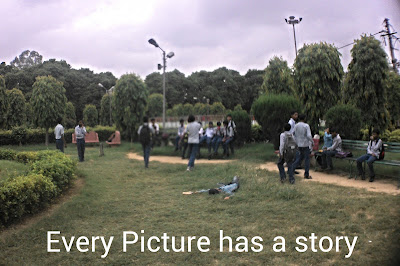 This is what they were doing and repeated again after they again became ignorant of my picture taking intention. My be carrying one student to throw in bushes was there idea of fun. 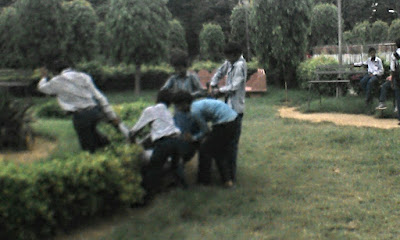 I ttok the above two pictures pretending to be taking this picture on the left: 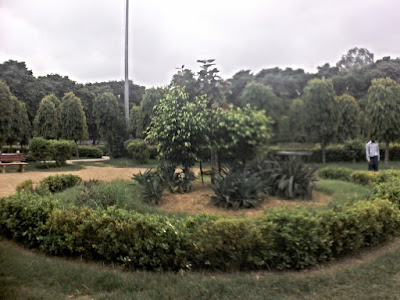 These students had half day off from nearby school and instead of going home they decided to celebrate Guru Purnima like that. But no body complained. Not even the boy who was thrown into bushes.
Sorry for poor quality of picture. Wide screen lense ruined the detail of other wise not so poor camera of ZTE Grand X. Over cast clouds in sky did not help.
Guru Purnima Hindu Teachers day Students' fun 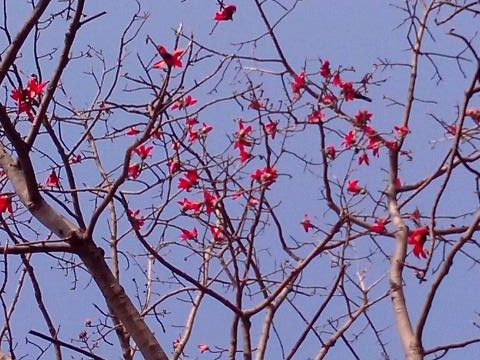 It is a strange tree. While springs is slowly on its way out, it is presently without leaves but full of flowers. This is close up:


This is the whole tree. Without leaves but with lot of flowers.
These are the flowers fallen to the ground from huge distance. Apparantly fall from height is quite devastating.
And this is the closeup. Flower is hardly more than four inches but photography is an art of illusion.

Blogger app is malfunctioning rather it has become a view only app.  Unable to upload or share new posts. Please visit me on twitter to see what I see around me in the world I live. This is the link: 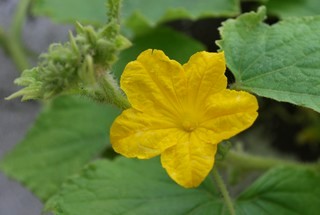 Vegetable plants are generally not known for beautiful flowers but this tori/turai/smooth gourd flower is so different with fine drawn lines in petals.